Although hockey was started as early as 1936, we could never become a force in this sport due to one major reason: Lack of a standard hockey pitch. Commendable efforts were made by Mr. Barkat Ali Surveyor and Mohammed Sharif to prepare a pitch for us but it was never of a satisfactory standard. 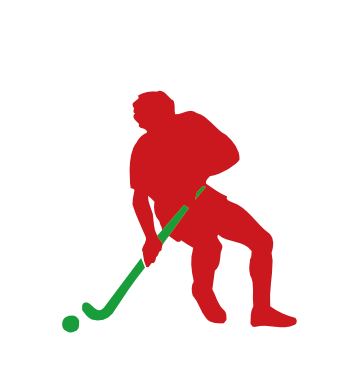 The result was that the game continued to suffer. Nevertheless in spite of this major setback we did manage to achieve some success here and there and made our presence felt in the hockey circles.
In 1963 our goalkeeper Abdul Majid and Right-half Bashir-Ud-Din were selected to represent the Asians against the Europeans.

In the early fifties when the team was captained by Majid Cocker, Mr. M.A. Hashmi, a school teacher and a hockey enthusiast offered his services to train our boys. His efforts bore fruits and we reached the semi-finals of the Lalton Bros. Cup. But our boys did not have a chance to show their talents in the finals as the tournament was cancelled indefinitely by the organizers.

In spite of the limited resources and lack of a pitch we managed to produce such renowned players as Samad Khan who represented Kenya in the 1964 Tokyo Olympics. Our players Ajwal, Zulfigar, Samad and Rafique played for Kenya on the European and Zambian tours in 1965 and 1966.

In 1971 Jonny Sheikh with the help of Mr. Hashmi raised a hockey side and we won the first Hockey Association League by beating Goan Institute in the finals. It was a tough fight as the G.I. team consisted no less than eight internationals. Jonny Sheik together with Navazish and Roshan regularly played in the Kenya squad.

In the late seventies in spite of laudable efforts by the team captain, Jonny Sheikh the team could not make much headway and the sport received a death blow when the management committee of the club decided to scrap the hockey pitch to build tennis courts.