COMPARED to cricket, football was started relatively late in the club – 1936. And since then we have had mixed fortunes in this game. In 1936, the club played six friendly matches with the Royal Air Force. 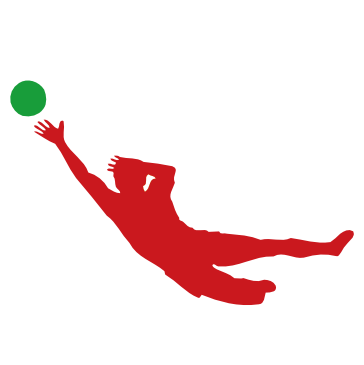 COMPARED to cricket, football was started relatively late in the club – 1936. And since then we have had mixed fortunes in this game. In 1936, the club played six friendly matches with the Royal Air Force. We won three, lost two and drew one. The following year we entered the Nazereth Bros. League and finished Runners-up while the Goan Insitute lifted the trophy. At the same time the club was honoured when three of its players were selected to play in representative matches against the Europeans.

We continued playing against other teams but did not achieve much success until 1940 when we won Nazareth Bros Football Cup. But the following year we lost it. The years 1947-48 were the most auspicious for us when we won three Asian trophies which included the prestigious Dev Dutt Shield and Nazereth Bros Trophy. Upon hearing of our success, the great religious leader, Al-Haj Maulana Abdullah Shah came personally to congratulate our footballers and gifted some money for their entertainment.

The big guns of the team, Ahmed Din, Salau Din and Ghalib had the honour to be selected for representative matches. In 1954 Shamas-ud-Din, Inayat Khan, and Alau Din played against the London Iniversities.

The team continued its upward trend through the fifties when under the dymnamic captaincy of Haq Malik we won the Kenya Muslim Association and the Nazareth Bro cups. Shabir Ahmed, Alau Din, Mehboob Ali and Inayat Khan were selected to play in the Asian team against the Europeans. Ishaq Hassan, Mukhtar Hashmi, late Haji Shamas-ud-Din and Alau Din were the names to reckon with in the mid-fifties.
After having achieved such a unique place in football, decline set-in in the sixties and football died a slow death.