Among the games played at the club, cricket occupies a very prominent place Ever since we started playing cricket way back in 1933, there has been no looking back and the trend has always been on the up. 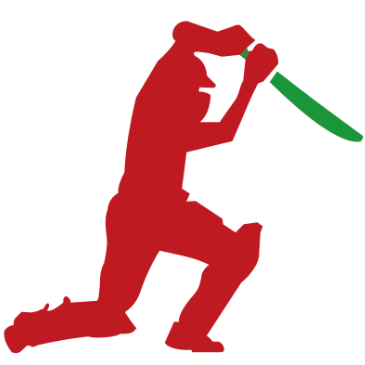 Among the games played at the club, cricket occupies a very prominent place Ever since we started playing cricket way back in 1933, there has been no looking back and the trend has always been on the up. During the fifty yeasr we have locked hones with some of the cricket giants in Kenya and never has a yuaer gone by when the club failed to win laurels. Right from the word go Muslim Club has been a force to reckon with.

We were barely a year old when in 1934 two of our players, Yakub Khan and Abdul Kadir Malik were selected to play in the annual Asians versus European match. And after that it was a regular feature for our boys to be selected for this very Prestigious event.

In 1941, our team won the Allidina Visram Shield and was adjudged the best bowling and batting side in the contest. In unofficial tests in 1941, Kadir Lamba and Waheed represented the club against the Europeans. Kadir also holds the unofficial record of capturing six wickets for four runs.

The biggest name in our club cricket was Fazal Muhammad, our team coach. Fazal Muhammed besides being a fine bat was the backbone of our bowling attack.

Regarding the strength and reputation of our team here is an extract from a report published in the East African Standard of November 30, 1948.
“On Sunday Sir Ali Muslim Club beat Kathiawar Sports Club in a low scoring match. The Muslims scored 139 runs all out while Kathiawar replied with only 53. Jhalla and Jabbar bowled consistently and never allowed the batsman to take any liberty on their bowling. Inspite of the terrific attack backed by good fielding waheed and Sheero (Bashir-ud-Din) put up about 50 runs for the sixth wicket…..the Muslim players gave an excellent exhibition of their bowling, fielding and tem work. Kasu who varied his pace, flight and spin was superb and captured six of the best Kathiawar wickets for 18runs.”

And for that the credit no doubt goes to such excellent players as Rehman, Ishaq, Dattoo, Naseer, Yakub Din (Fakhar-ud-Din), Naqi, Fatih Muhammed, Lateef, Fida Ali, Muhammad Yusuf, Ghafar, Waheed, Alau Din, Qadir Malik and Baba Abdul Majid. Abdul Majid was so enthusiastic about cricket that even at the age of 60 he would turn up at the ground to play incase of emergency.

In the early fifties the team was led by Bashir Mauladad while his deputy was Alau Din, the father of Shahid Khan. Bashir was one of the finest batsmen who besides leading the Young Asian distinguished himself in many matches. Alau Din was one of the finest bowlers in the country. There was immense team spirit and young and upcoming players like Mehboob Ali, Inyat Khan, M. Latiif, Saeed Guard and Musa Sr. were household names in cricket.

In 1954 the club was invited by the Kampala Muslim Sports club at the official opening of their cricket ground which was done by Hon. Maj. Deen. The team led by Bashir Mauladad played a two day fixture and emerged as the winner. Ontheir way back they defeated the Jinja combined team which had in their ranks such renowned players as the late Karam Chad, Raman Patel, an ex-Kenya and East Africa cap, Kadir Lamba and his brother Bari.

When the Asian Sports Association started a cricket league in 1961, our team participated with full force and in the very first year emerged the joint winners with Suleman Verjee Indian Gymkhana (now Nairobi Gymkhana). Players like Mehboob Ali, Basharat Hssan, Mubarak Ali, Munawar, Tabussum, Shabir Ahmed and Sadiq Ali were a terror in the early sixties.

In 1961, Mehboob Ali and Basharat Hassan created a league history by hitting 183 and 135 runs respectively against Pangani Sports Club. In a match played between Young Asians and Young Europeans on Nov. 11-12, 1961, at SVIG, Mubarak Ali had the big honour to lead the young Asians while two of our players, Mehboob Rabani and Munawar Waheed were included in the squad.
After distinguishing himself in cricket for six years, the club lost the services of Basharat Hassan who left for England to play professional cricket for Nottinghamshire.

The ealy sixties also saw the emergence of such players as all-rounder Zulfiqar Ali, Mehmood Quraishy, Ashiq Hassan, Bashir Kaloo, Rafique, Zahid, Shaffi Butt, Salim Mehar and Bob Musa who with their magnificent achievements have not only made a name for themselves but have also kept the Sir Ali Flag flying very high.

In the seventies and eighties Farasat, Azhar Ali, Shahid Khan, Naeem Butt and Zahoor Sheikh emerged on the cricket horizons and shone like stars.